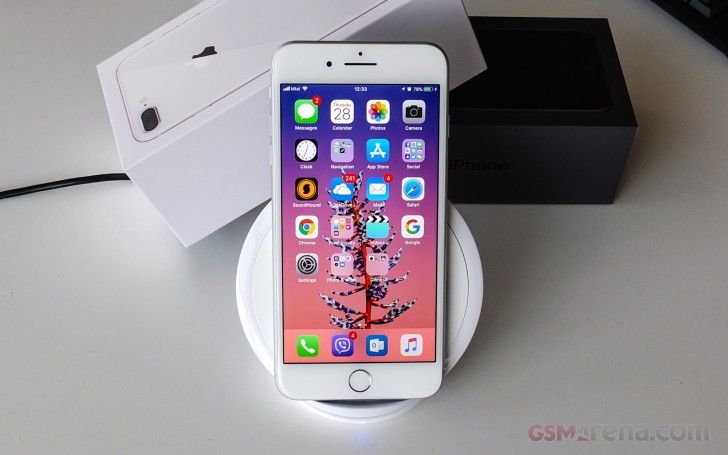 Buy Apple iPhone 8 Plus 256GB in Eldoret (Kenya) to Enjoy:

The Plus variant of the Apple iPhone 8 Plus 256GB line-up is sure to amaze you with its great features. 3D touch technology, Wireless charging, and a more powerful processor set it apart from its predecessors. If you want to buy a premium flagship phone that is capable of setting you out among the crowd of regular smartphone users, you can choose the Apple iPhone 8 Plus without a second thought.

Display and Configuration
The Apple iPhone 8 Plus 256GB exhibits a wonderful OLED Retina display on its 5.5-inch screen that is as crisp as ever. The smartphone comes with an advanced generation of 3D touch technology which makes it stand out from the current breed of smartphones.
At the heart, this Apple flagship holds a 2.39GHz Dual-core Monsoon and a 1.42 GHz Quad-core Mistral processors which are laid down on the latest chipset of A11 Bionic, the best in an Apple smartphone ever. As the company claims, this set of processor gets the smartphone to perform 25% faster than the preceding iPhones. The 64-bit architecture makes sure that you can install any kind of software and games without any lags.
Camera and Storage
The Apple iPhone 8 Plus 256GB exhibits great quality cameras. The primary camera comes in the form of a pair of 12MP cameras that is further enhanced with the help of the back-illuminated sensor and autofocus, which are faster than the predecessor. The optical image stabilization allows you to take stable and blur-free pictures even on a motion. The Digital zoom works 10x on any images that you click and 6x on any video that you record. The 7MP front camera is powered by 2.2f aperture and Retina flash to allow you to click high-quality selfies even in lowlight conditions.
The smartphone comes with an internal storage space of 256GB but lacks the services of an SD card since there is no slot provided for the same.
Battery and Connectivity
The Apple iPhone 8 Plus 256GB draws all it fuel from a 2,675mAh Li-ion battery, which claims to render a long period of battery backup. Moreover, the glass back panel conducts wireless charging through the AirPower charging mat.
In the connectivity department, this flagship smartphone comes with a host of different features like single SIM slot, 4G, voice over LTE, advanced Wi-Fi band, mobile hotspot, advanced Bluetooth v5, A-GPS, Glonass and a microUSB 2.0 slot.

Apple iPhone 8 Plus 256GB Specifications  and Best Price in Eldoret